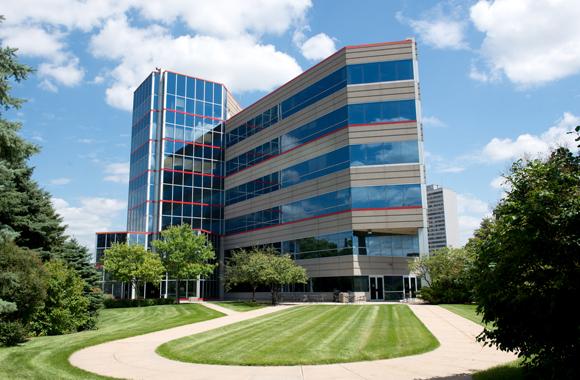 Posted at 08:50h in Uncategorized by Applied Capital 0 Comments
0 Likes

CMBS lending has slowed down this year, even as 10-year CMBS loans from the pre-recession boom continue to come due into 2017. And non-bank lenders like Blackstone are picking up some of the slack.

One presumed reason for the slowdown is that lenders are gearing up for the Dec. 24 implementation of the risk-retention requirement, the so-called “skin-in-the-game regulations” that are part of the Dodd-Frank Act and require sponsors of commercial mortgage-backed securities to hold on to 5% of every new deal or assign the risk to a B-piece buyer.

Overall, the top 10 non-bank lenders made up 13% of New York City commercial real estate lending in Q3, according to a CrediFi analysis.

The Federal Reserve announced this month it is raising interest rates by a quarter of a percentage point.

In addition, the Treasury yield moved up more than 50 basis points since the Nov. 8 presidential election, and was hovering around 2.5% ahead of the rate hike.

Some analysts are citing an expectation of growth based on economic stimulus, deregulation and a planned infrastructure program, as well as a bigger deficit, which can trigger inflation and higher interest rates. Concerns remain about the impact of a much-discussed trade reduction and potential friction between the U.S. and other world powers.

President-elect Donald Trump has called the Dodd-Frank Act a “disaster” and a “disgrace,” and his transition team says it “will be working to dismantle” it. Experts have said that while it seems unlikely the law will be totally repealed, its effect could well be reduced under a Trump administration.

Less regulation is easier for financial institutions in the short term, and deregulation supporters argue that excess requirements stifle lending. Yet if overly relaxed standards result in looser lending practices, a high-risk environment could ultimately lead to another financial crisis, and that won’t be good for banks, commercial real estate or the economy in the long term.

The extent of changes to financial legislation will depend in part on who’s in charge. Trump’s pick of former Goldman Sachs banker Steven Mnuchin as the next secretary of the treasury and Goldman president Gary Cohn as director of the National Economic Council is a good indication that regulatory changes are planned, not least because Mnuchin has explicitly said his No. 1 regulatory priority is to “strip back parts of Dodd-Frank that prevent banks from lending.”

It seems clear that the interests of the financial and commercial real estate industries will be well-represented in the White House. What’s less clear is whether this will affect financial institutions uniformly or whether some will be treated more favorably than others. If the latter, Goldman Sachs seems poised to benefit.

Along the same lines, Trump has picked Elaine Chao, a former secretary of labor who has been a member of the Wells Fargo board of directors since 2011, as transportation secretary.

And a group of leading House Democrats recently told federal financial agencies that Trump might give Deutsche Bank special favors, saying Deutsche “has been the only major Wall Street bank to continue to lend to Donald Trump and his entities in the wake of six Trump-business bankruptcies.” A Wall Street Journal analysis in March found that Deutsche Bank has led or participated in loans totaling at least $2.5 billion since 1998 to companies with which he is affiliated.

Keep in mind that if Deutsche Bank or other institutions do receive preferential treatment, that means other lenders could lose out — like Citigroup, JPMorgan Chase and Morgan Stanley, which the Wall Street Journal reports do not currently work with Trump.

Recent news from China indicates that real estate deals and other forms of Chinese investment may be on the downswing. The financial press reported in late November that China was planning to clamp down on overseas investment, which rose more than 50% in the first nine months of the year. Though it’s not yet clear to what extent this could affect U.S. CRE lending, foreign property deals of $1 billion and up by state-owned companies will reportedly receive extra scrutiny.